Objectives: In this study, we aimed to gain perspective on this field researchers through the review of the literature on coronary artery bypass surgery, which is becoming increasingly common.

Materials and methods: The study was carried out on January 13, 2022. Bibliometric analysis based on document research methods was used. Scopus, one of the bibliometric databases, was assessed using keywords in English. Publications were found by entering “TITLE (coronary) AND TITLE (artery) AND TITLE (bypass) AND TITLE (grafting) OR TITLE (surgery)” into the search bar section. Descriptive data were examined statistically using percentage and frequency values.

Results: In the field of medicine, 7,688 articles were obtained as a result of the evaluation of research articles on coronary artery bypass surgery. There were 372 articles from Türkiye. The United States (1,669), Japan (1,334), and China (555) had the most publications. Türkiye was in sixth place. The Turkish institutions with the highest number of publications in this field were Turkiye Yuksek Ihtisas Hospital (n=23), and Istanbul University (n=23). A total of 62,195 citations were obtained for published research articles (n=7,688). The articles published from Türkiye received 2,481 citations.

Conclusion: Research on coronary artery bypass graft surgery, which is one of the most important topics in cardiovascular surgery worldwide, needs to be increased globally, particularly in developing countries.

French surgeon Ambroise Paré, considered one of the fathers of surgery and modern forensic pathology, said, “The heart is the mansion of the soul. It is a vital organ, and the beginning of life is the spring of the human spirit, the constant source of life’s heat, and hence the living and the last to die.[1] Even 300 years after Paré’s words, intervention in the heart was thought to be impossible. Until the early 20th century, it was reported that even heart injuries were not treated because the heart was considered an organ that should not be touched. In 1887, Ludwig Rehn closed the cardiac injury of a young male patient with three sutures for the first time, shattering this idea, and this situation formed the beginning of cardiac surgery. With the advent of thrombolytic treatment and the development of the first mechanical heart-lung machine system by John Gibbon, cardiac surgery entered a period of rapid advances. The advancement of coronary surgery accelerated after Sones introduced selective coronary angiography in 1958. Over time, venous grafts were discovered, and when it was seen that the patency rates were low, arterial grafts progressed.[2] The initial steps in modern cardiac surgery in Türkiye were closed mitral commissurotomy. In 1960, at Hacettepe University Hospital, Dr. Mehmet Tekdo¤an performed the first open heart surgery in our country using extracorporeal circulation.[3,4]

Coronary artery disease is the most common cause of mortality in developed countries. Today, as awareness has grown, mortality rates from coronary artery disease have decreased as a result of a reduction in risk factors, the spread of medical treatment, and the development of revascularization techniques. However, during the past 50 years, coronary artery bypass graft surgery has remained the gold standard of revascularization for many patients, particularly those with multivascular lesions. Coronary bypass surgery is a common surgical technique used nowadays all over the world.[5] The purpose of coronary artery bypass graft surgery is used to improve blood flow to at-risk areas of myocardial tissues due to coronary atherosclerosis. In surgery, the myocardium is nourished and oxygenated using arterial and venous grafts. Thus, the patient’s ischemia-related symptoms are eliminated. At the same time, complications such as myocardial infarction and sudden death are prevented, and the patient is able to resume regular activities pain-free.[6] This operation can be performed on either the “beating” or “stopped” heart. Although “bypass on the beating heart” has been used often for a while, it is now the preferred technique in some specific circumstances. The “bypass on a stopped heart” technique that is used more frequently involves keeping the body’s circulation going using a lung-heart pump, stopping the heart completely, and then “bypassing” (bridging) the heart's blocked vessels. For this purpose, vessels taken from the body such as saphenous vein (SV), radial artery (RA), internal thoracic artery (ITA), etc. can be used. The largest artery (aorta) exiting the heart is grafted to the vessels beyond the blockage in the coronary artery, providing sufficient blood flow to the heart attack sites supplied by these vessels.[6]

In this study, we aimed to gain perspective on these field researchers by reviewing the literature on coronary artery bypass surgery, which is becoming increasingly common.

The study was carried out on January 13, 2022. The analysis was performed in just one day because of the daily updates to the Scopus database. The study used bibliometric analysis based on document research methods. Scopus, one of the bibliometric databases, was assessed using keywords in English. Publications were found by entering “TITLE (coronary) AND TITLE (artery) AND TITLE (bypass) AND TITLE (grafting) OR TITLE (surgery)” into the search bar section. Only scientific articles in the medical field were analyzed. The distribution of research articles by years, institutions, and countries, the journals in which they were published, the number of citations, co-authorship, and citation analyses were all thoroughly examined. Additionally, publications in Türkiye were analyzed.

Utilizing the Scopus database’s and Microsoft Word’s graphics, visualization was created. In addition, the VOSviewer 1.6.18 for the Microsoft Windows systems by using free web app Dimension AI. (https://www.dimensions.ai/) for citation analysis was used to perform citation and co-authorship analyses of the articles in the journals with the highest number of articles.

A. Number of publications and citations

In the field of medicine, 7,688 articles were obtained as a result of the evaluation of research articles on coronary artery bypass surgery. The first article was published in the United States in 1968.[7] There were 372 articles from Türkiye, the first of which was published in 1991.[8]

A total of 62,195 citations were obtained for published research articles (n=7,688) on coronary artery bypass surgery in the field of medicine. Figure 3 shows that the number of citations has increased over time. The articles published from Türkiye received 2,481 citations. 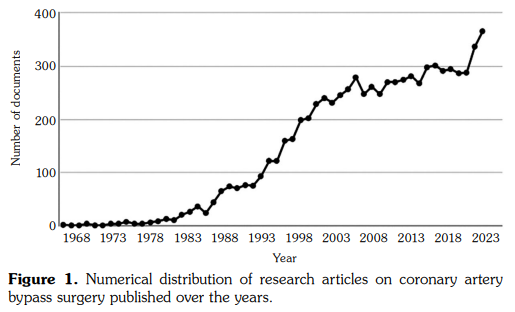 Figure 2. The distribution of research articles on coronary artery bypass surgery published in Türkiye over the years.
× 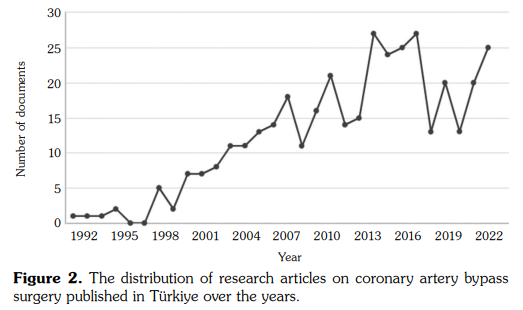 Figure 3. Distribution of the number of citations by year.
× 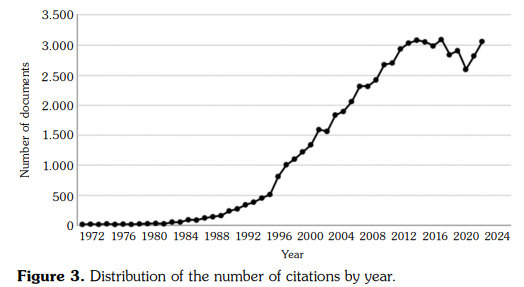 A total of 23,340 publications from Türkiye were cited. The number of citations had increased over the years (Figure 3).

B. Characteristics of publication 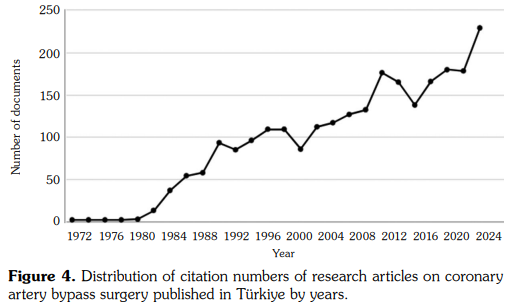 Figure 5. Distribution of the number of publications by years in the journals that publish the most articles on coronary artery bypass surgery worldwide.
× 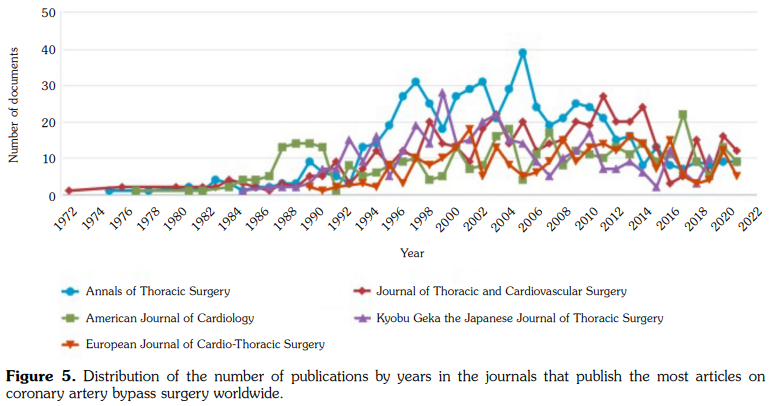 Figure 6. Distribution of the number of publications in the journals that publish the most articles from Türkiye by years.
× 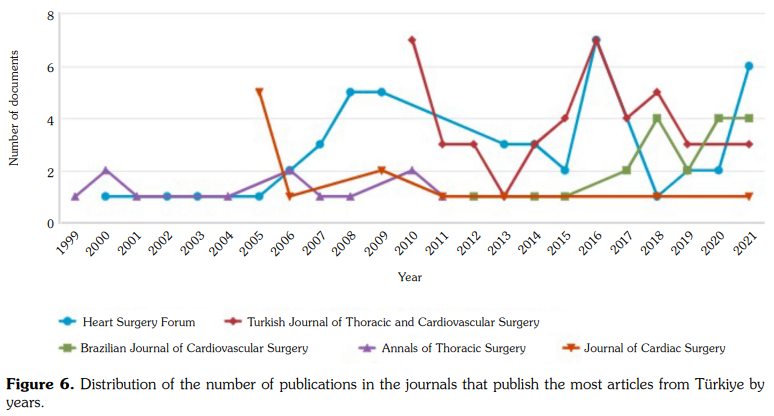 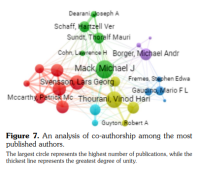 Figure 7. An analysis of co-authorship among the most published authors. The largest circle represents the highest number of publications, while the thickest line represents the greatest degree of unity.
× 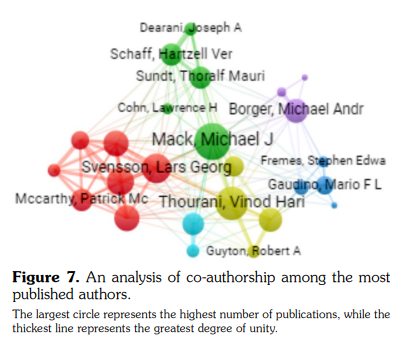 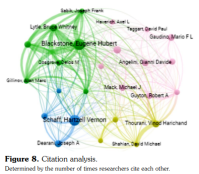 Figure 8. Citation analysis. Determined by the number of times researchers cite each other.
× 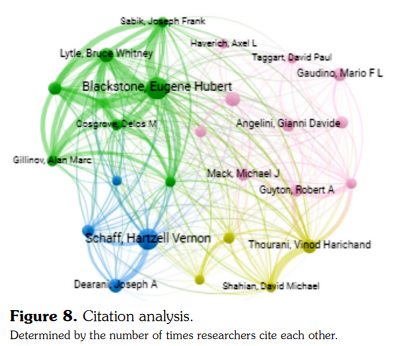 Regularly evaluating scientific publications is one of the best ways to demonstrate how a field of study is progressing. This method of document evaluation, also known as bibliometric studies, might direct relevant field workers on some issues.[9-13] This study examined research articles on coronary artery bypass surgery, a subject that has not been well investigated or adequately covered in the body of literature.

As an outcome of the study, it was found that the majority of the scientific papers on this subject came from the United States, as did other publications[9-12] using comparable research methodologies. This might be due to a variety of factors, including the fact that the United States’ scientific activities receive more financial support, the country’s vast geographical spread, or a large number of employees.

In 1962, Sabiston performed the first aorticcoronary bypass on a human, but the patient passed away three days later.[2] In 1974, the first coronary bypass surgery in our country was successfully performed by Dr. Aydın Aytaç on a female patient by using a saphenous vein. Dr. Beyazıt and his colleagues performed numerous serial coronary bypass surgery at Yuksek Ihtisas Hospital in Türkiye.[4] When we analyze how this condition is reflected in the literature, we find that the first publication was issued in the US in 1968[7] The first article from Türkiye was published in 1992.[8] According to research, there were around 18 years between the first coronary artery bypass graft surgery performed in Türkiye and its first publication.

The fields of cardiology and cardiovascular surgery only have a limited number of published bibliometric analyses.[14-18] The databases used for these studies were mostly Scopus or Web of Science (WoS). In our study, we also preferred the Scopus database. This was due to the larger coverage area of this database. In their study, Ma et al.[16] conducted a bibliometric analysis on exosomes, a particular subject in the field of cardiovascular medicine. In our study, coronary artery bypass graft surgery was chosen to get a broad perspective. According to Ma et al.’s,[16] analysis, China is the second-most productive country of science after the United States. In our study, the result was similar. Additionally, our study’s findings showed that, when evaluated by institutional productivity, Chinese-based institutions came out on top, followed by American institutions, in that order. Our country is ranked sixth, and the Turkiye Yuksek Ihtisas Hospital, where the first coronary artery bypass graft surgery was carried out, was the most productive institution in terms of scientific research.

When the number of citations is evaluated, it is found that both globally and within Türkiye, more articles have been cited over time. However, the highest number of publications were from the USA (1,669), Japan (1,334), China (555), Germany (489), the United Kingdom (471), Türkiye (372), Italy (287), Canada (269), Poland (246) and the Netherlands (240), and although there were publications from about 100 other countries, the numbers were found to be quite low. According to a bibliometric analysis, Arab countries’ research output in the field of congenital heart disease (CHD) is 29 times less than that of developed countries and significantly lower. In fact, despite the slight increase in published research articles, most CHD research has been reported to be far from innovative. Although internationally connected regional collaborations are developing, it has been determined that academics in Arab countries must make major efforts to stay up with the speed of research in developing countries.[18] Our research revealed that there were few studies from Arab countries. It's encouraging that our country ranks sixth in this regard. However, the present study has a limitation. The study used a single database. Therefore, not all of the scientific literature may be correctly represented.

In conclusion, more research should be done on coronary artery bypass graft surgery, one of the most significant topics in cardiovascular surgery globally, particularly in developing countries.

In this bibliometric investigations involved no humans or animals therefore no ethical approval is necessary. The study was conducted in accordance with the principles of the Declaration of Helsinki.

The author declared no conflicts of interest with respect to the authorship and/or publication of this article.

The author received no financial support for the research and/or authorship of this article.